Banco Santander could face a cascade of legal cases for allegedly mis-selling €7bn of retail savings products in Spain used to finance its acquisition of part of ABN Amro after a court ruled that the bank had to return money to a client facing a loss on his investment.

This week a local court in Alicante became the first to rule that Santander should return money to a client who invested in its valores bonds, saying that the bank had sold €45,000 of the bonds without explaining its risks – a decision that could open the floodgates for further cases.

A lawyer who is preparing a US-style class action case against Santander for its sale of valores bonds to 139,000 retail clients in Spain said that he had more than 300 clients who were preparing cases against the bank. Other consumer groups and lawyers were also preparing cases, he said.

“This is without a doubt the most important case in the history of Spain for the rights of bank clients,” said Fernando Zunzunegui, head of Zunzunegui Lawyers which is representing other Santander clients who bought the bonds. “The decision this week sets an important precedent in this case.” 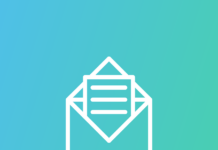